Have you ever wondered what makes a book, well, a book? Or how the authors get the stories in their minds immortalised? Writing the tale is just the first step. After writing comes the knocks; knocks on the doors of several publishing houses. If you are not a recognised author there potentially comes an abundance of rejections. But, for some authors, years of rejection are only a morale booster to take matters into their hands by moving stones and bricks to get their books published. While some wrote on platforms like Lulu, Amazon Kindle, some sold books out of the trunks of their cars.

These books, not limited by their genres and languages, have become such major success stories. There have been movie adaptations, Guinness World Record Holders, Oscar nominations, and a lot more under the belt of self-publishers. So much so that several other authors are now following their route of self-publishing books.

Check out some of the success stories below! 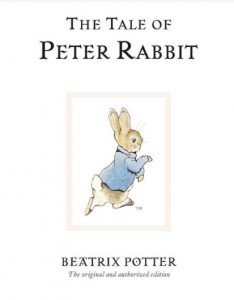 In 1893, when Potter heard that her governess’ five-year-old son, Noel Moore, fell sick, she penned down The Tale of Peter Rabbit to make him feel better. After which she decided to bring it to the notice of publishing houses where she only received disappointments. Thereafter, in 1901, she revised, illustrated, and self-published 41 black and white woodblock engravings and a colour frontispiece copies of the book. It gained so much attention that over 45 million copies were sold and today the book is crowned as one of the best-selling books in history!

Did you know that one of the highest rated trilogies in India began its journey by being turned down by 20 publishers? Well, this did not deter the former investment banker. Tripathi partnered with his literary agent, Anuj Bahri, who invested in printing and bore the cost of marketing to self-publish his work. This partnership gave India one of the most successful trilogies ever written.

Rarely do debut novels snag movie deals. And even more rarely do self-published debut novels get nominated for 7 Academy Awards for its movie remake. Weir’s journey, however, had its own hurdles. He first published his novel as a series of chapters on his personal blog. Following which, he put up the books on Amazon for $0.99, the lowest price possible. Soon enough, through word of mouth and more, The Martian started topping the literary charts.

Kiyosaki has become a household name in the financial world. His book, Rich Dad Poor Dad, has sold over 40 million copies and been on the New York Times Best Seller List for 7 years. While he’s famous now, he wasn’t in 1997, when every publisher and distributor dropped the idea of selling an unconventional book. So, how did he do it? Robert, along with his wife, Kim, self-published 1,000 copies and put it on display on their friend’s car wash business. Few weeks later, Bill Gavin, Radio personality, purchased 976 of the unsold books. With 32 million copies sold till date, the book is a booming success. 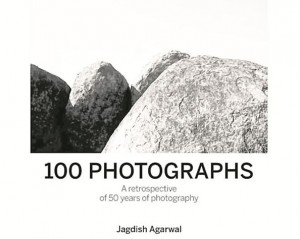 Over the last five decades, Jagdish Agarwal has redefined stock photography in India. His work in the photography arena has garnered him several awards, both national and international. In 2019, he partnered with StoneMill India to self-publish a limited-edition, black and white coffee-table book which includes 100 photographs made by Jagdish. Although published in limited numbers, the photobook was sold out within a few days!

Legend says that Jesus is buried at Rozabal, a shrine in the heart of Srinagar. On visiting the site in 2005, Sanghi was compelled to narrate the fascinating story. After two years of writing and rewriting, the book was ready. The publishers, though, were not. He once said, “I’m probably the most rejected author in the world. I was rejected 47 times by both publishers and literary agents.” Thereafter, Sanghi self-published his book, a thriller novel, under the pen-name Shawn Haigins, an anagram of his name. He went on to receive international success.

After completing his engineering, Iyer took to travelling across India, started his own t-shirt company, Annanymous, and even sold tea in Bengaluru. All so he could tell his story in his words. But, when funding posed an issue, Iyer raised USD 14,000 through Kickstarter, a crowdfunding platform. His biography is the highest crowdfunded book in the country and the 6th largest in Asia.

Kaur, a performer and an artist, was told don’t bother upon inquiring about publishing her work. “Poetry basically never gets published.” So, on a budget of USD 0 and basic knowledge of design, Kaur published her book of poetry, Milk and Honey, in 2014 and has sold over 2.5 million copies till date. The book has also been translated into 25 languages.

Kendra is a one woman show. She wrote, tested the recipes, made the photographs of the food in her book, designed, and self-published The San Luis Obispo Farmers’ Market Cookbook. Her dream became a reality through a crowdfunding project where she collected USD 26,714 in pre-order sales. She was sold out in just 20 days!

Paolini was a 15-year-old homeschooled kid with a vivid sense of imagination. After 3 years of writing and editing, he went to bookstores and libraries to put his freshly printed book on the shelves. Soon enough, his work was noticed. Paolini holds a Guinness World Record as the Youngest Author of a Bestselling Book Series.

So, there you have it. Words are not bound by language and genre. As the old saying goes, “Where there is a will, there is a way.” For these authors, an undeterred sense of resolution and the route of self-publishing was the way to bring their masterpieces to the world, regardless of the genre and the type of the book.

About the Author: Suhani Lakhotia

StoneMill India is a content, publishing and webcasting studio based out of Mumbai. Using intensive collaborations, our aim is to work with individuals and businesses and present their stories to the world and help their brands grow. We endeavour to harness the power of content creation to engage, inspire and impact.